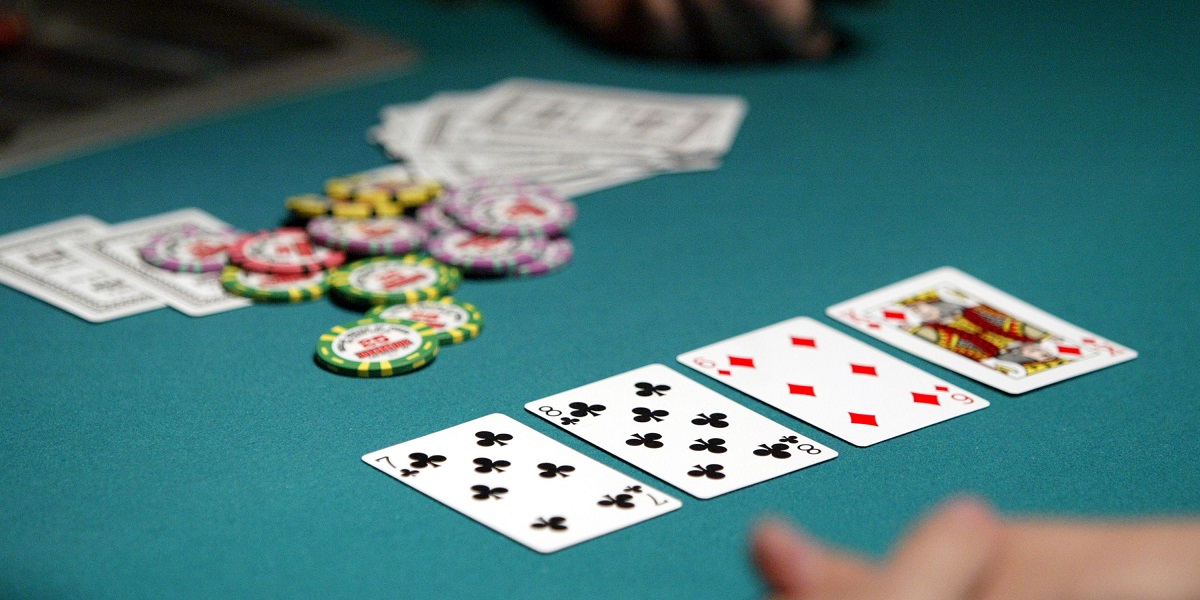 As soon as you become familiar with the basics of poker and fortune has smiled on you a little, you feel like you're ready for anything and there's no stopping you. This feeling of false euphoria can play a trick on anyone who rushes into a game of Texas Hold'em, mainly because this impulse prevents you from being able to interpret the game correctly and lose track of what is actually happening at the table.

In order for you to know what are the most common mistakes you can make and that you are probably making playing a game of Texas Hold'em, we are going to review the most common blunders that can be seen at a poker table.

Most common blunders in a game of Texas Hold'em

It's hard to list all the kinds of mistakes that can be made in a poker game. There is also the risk of interpretation, and what may be a mistake for some may be a risky but measured move for others. In any case, we are going to try to include a series of basic concepts so that you can identify the most common mistakes.

As a postscript, keep in mind that making mistakes is part of the learning curve, but that a skilled player will quickly pick up on you and your style of play based on the mistakes you make. Make sure you match up with players of your own level to avoid getting ripped.

Among the most common mistakes made in a game of Texas Hold'em are playing too many starting hands, going too deep with trap hands, and not going over modest cards. These three mistakes are both the worst and the best, and show that both too much caution and too much risk can ruin the game.

But there are other areas of focus. For example, a common mistake among the amateur player is not to raise with very good cards, causing too many hands to stop on the flop.

Another common mistake is to bet looking for cards that will make a better hand. There is a tendency to settle for a good but somewhat mediocre hand, rather than thinking that the cards can be saved to form better hands later on.

This has something to do with the ability to read the game, which grows with experience and which only practice can improve. It is precisely this ability that can lead to a mistake that no beginner can avoid: focusing on one's own game and neglecting that of others. Taking into account aspects such as who raised pre-flop, what kind of players are left in the pot or how many made the flop is key to making a correct reading of the game.

Other common mistakes that can be made in a poker game

As you play a game of Texas Hold'em and gain experience, you will make different mistakes each time. This is the basis of poker: practice, practice, practice is the only way to specialize and become a high-quality professional player. A typical mistake of intermediate players is not being aggressive enough on the flop. This denotes a lack of initiative, and the lions at the table will be rubbing their hands together with this type of player.

The flip side is also typical of the reckless with a lot to prove and a lot to lose: going all-in without considering the pot stakes is something that blinds the less cautious and can cost them dearly.

But not everything depends on the player. In poker, as you probably know, luck also has a lot to say. The table you choose to play at will be decisive, as one factor that cannot be controlled is the profile of the players. When you join a table, you don't know who your opponents are and only when you start playing, you’ll be able to start to categorize them, so it's a kind of leap of faith that you have to take in order to qualify for the pot.

And beware of betting limits. Some players who are not very management-minded may find it difficult to handle figures with several zeros. Lacking sufficient funds to play at a certain limit can lead to ruin, so be careful. To give you an idea, it takes about 300 times the largest bet to play it safe.

Everything you need to know about pot betting

It's true that inexperience can play tricks, but it's essential that you know something about pot bets. Pot bets are used to calculate whether a particular play has a positive or negative expected value. In other words, it is the relationship between the size of the bet and the size of the pot.

To calculate pot bets, you need to know the current odds of your hand, but this value can change as new community cards appear.

Professional players follow the 4% rule. The percentage increases by 4% for each number of chances to achieve the desired combination. It's a good basis to start from, so use it when you don't yet feel you can predict the values fluently.