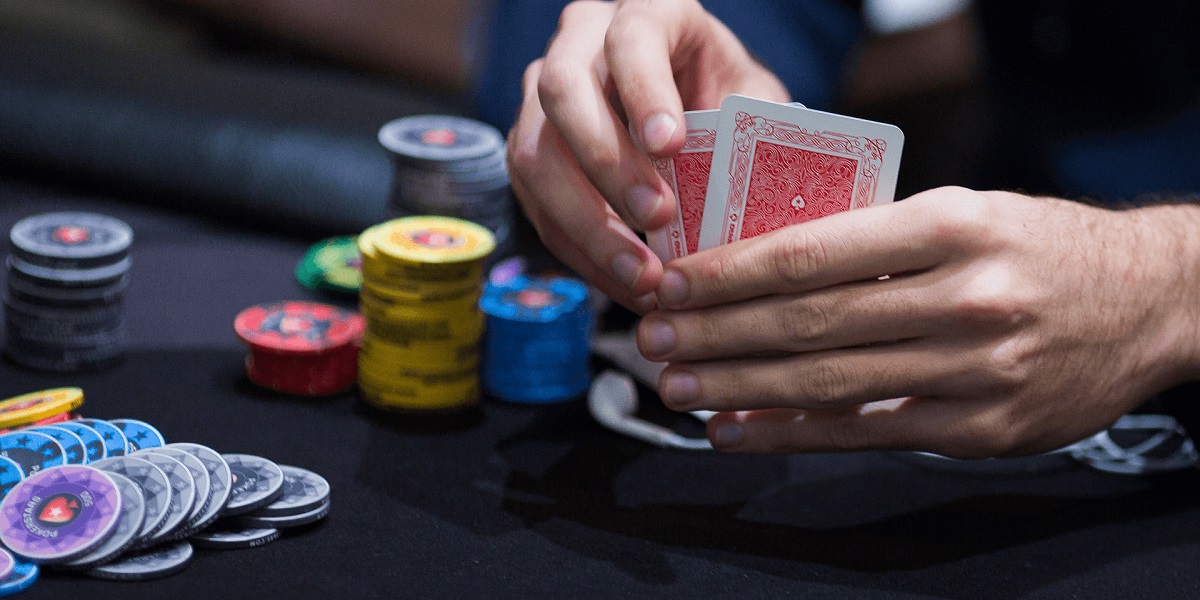 A game of Texas Hold'em poker, and its rules, is based on the dealing of 52 cards from a standard deck of cards. Games are played with a variable number of players. Major tournaments can accommodate more than a hundred players, but typically between two and ten players are around a table to play, no more.

In the moments before each hand, one player is designated as the dealer, and identified by a marker commonly referred to as the "button". This player does not actually deal the cards (this is done by the real dealer at physical tables and automatically by the system in online poker), but this designation serves to determine which two players must face the forced bets (the blinds), which initiate the action and the game.

Now that we know the basic poker rules of Texas Hold'em as they relate to forced bets and the designation of the dealer and blinds, let's talk about the basic dynamics.

After the blinds have been posted, all players are dealt two cards face down. These are the hole cards, which are non-transferable and can only be used by their respective player. In the final stages of the hand, five more community cards may have been dealt (these are the cards that are placed face up in the center of the table, available to all players in order to get the best hand).

The objective of any poker game, and especially in Texas Hold'em according to its rules, is clear: to get the best hand with the seven cards available (two from the hole and five from the community cards). The player who gets the best hand wins.

At this point it is worth mentioning that not all poker hands are played to the end, although this is usually the case, depending on the number of players. In the event that a poker hand is played to completion, there will be four betting rounds in which players can commit their chips, as stated in the most basic poker rules for Texas Hold'em. That is in the event of seeing the hand, because any player can discard their cards and leave the hand at any time.

Obviously, before the other discarded players see any more cards and the next round of betting begins, the hand must end successfully. This is how the most basic rules of Texas Hold'em are stipulated.

How to play a Texas Hold'em poker game

Before explaining how to play poker (Texas Hold'em has some rules that it does not share with the other variants) according to this modality, we will briefly explain in which phases a Texas Hold'em poker game is divided according to its rules:

One of the first chapters of the poker game rules for Texas Hold'em is pre-flop, when players bet solely on the strength of their two individual cards. This is where the most inexperienced players can get caught out, because an impetuous bet on the upside will reveal that they have two strong starting cards.

Every player has three options when talking pre-flop: fold, call or raise. A fold is when you don't want to play the hand. This takes away the right to any money you have included in the pot, even if you paid one of the blinds.

Calling means paying the bet, i.e., you want to continue playing, while raising means increasing the size of the initial bet and you can do it yourself if no one else has raised before you.

Note that the basic rules of Texas Hold'em poker state that if you are the big blind and no other player has raised before you, you can check, not compromising any more chips.

In a game of Texas Hold'em, the basic rules state that three community cards are laid out in the middle of the table face up when the first round of betting ends. This is known as the flop, and the talking starts as usual: with the first player to the left of the dealer.

If no one has bet, as in the pre-flop, it is possible to check to move the action to the next player without putting chips at risk. If bets have already been placed, you have only three options: call, raise or fold.

With the pre-flop and flop bets completed, comes the third round of betting: the turn. From this point on, to continue betting rounds, at least two players must still have cards. If this is the case, the basic poker rules for Texas Hold'em state that a fourth community card is available. Betting starts, again, with the player seated to the left of the dealer.

If two or more players are still holding cards at the time the previous round of betting is completed, the dealer will deal the fifth and final community card: the river.

From here, as Texas Hold'em has always been played according to its basic rules, the final round of betting begins and everything is decided in the final showdown.

This is the climax of the hand. The rules of a poker tournament state that, in Texas Hold'em, when the last betting round is over, the remaining players with cards must be shown and make the best hand from the two hole cards and the five community cards.

From here, there are few loopholes in the rules: the player who makes the best hand wins the pot.

Here you have to take into account the scale of hands and the hierarchy that the different combinations follow, as this order is everything. Knowing where each hand ranks is one of the basic rules in poker, especially in Texas Hold'em. This will allow you to better read the games and set plausible goals.

The rules are the same in a Texas Hold'em poker tournament, although often the large number of players that host these competitions may include slight changes to make the games more dynamic. But the basics are the same, and if you know how to play poker (in Texas Hold'em the basic rule of hand rankings is maintained in low-level tournaments and competitions), the rest is just a matter of working your way up the ranks based on your experience.