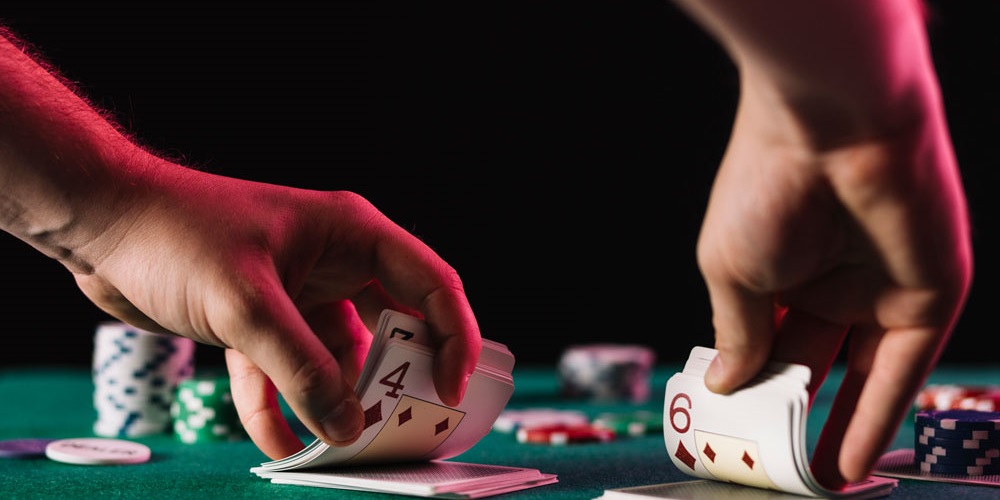 After reaching a certain level and with years of poker skill behind them, many players are attracted by the prospect of competing in a Texas Hold'em tournament. Many of the professional players congregate in these tournaments and many times these competitions are televised or streamed to the delight of poker fans from all over the world.

But there is a wide range of competitions all over the world and deciding which one to enter can be a bit of a challenge for newcomers to high-level competitions. That's why we've taken a look at the top tournaments where you can play a professional competitive game. And be sure to check out our tips section, where we've put together some useful poker tips and Texas Hold'em tips in particular.

The best online poker competitions in the world

When watching professional poker tournaments on TV it's easy to romanticize the image of these games, but the truth is that you need to think carefully not only about what kind of Texas Hold'em tournament to enter, but also whether you can afford the travel, expenses and bonuses that go with it.

As you gain experience and become more experienced in professional tournaments, you will realise that each one is unique, and you will eventually find a few that offer a unique environment where you will be more comfortable. And that's something that happens to everyone, so take your time to choose.

This is a Texas Hold'em tournament that has been commonly known as the 'Aussie Millions' and has grown to become one of the most prestigious poker competitions in the southern hemisphere. Held every year at the Crown Casino in Melbourne, the Main Event of the series has an entry fee of... $10,000! And its fame is well deserved because it is the tournament that drives the popularity of high stakes tournaments the most, especially with the $250,000 Super High Roller tournament.

The nickname is fitting, as it awards prizes that are often well in excess of $7 million. Best of all, it has a multitude of side tournaments, so it's perfect for an experienced player to learn how to play poker and Texas Hold'em tournaments without risking everything right off the bat in the Main Event. Of course, the structure of this tournament differs from the usual, as the Aussie Millions usually starts with tables of eight players instead of nine.

In 2019, American Bryn Kenney became the winner of the biggest Aussie Millions Main Event after defeating 821 players, and in 2020 it was Australian Vincent Wan who was crowned the overall winner after beating 820 players to win a prize pool in excess of $900,000.

If there is a perfect global showcase for a professional poker player, it is undoubtedly the World Poker Tour. At first it can be a little confusing to know how to play these Texas Hold'em poker tournaments, as it has an international scale and is structured by live tournaments in different series that are played simultaneously in different countries around the world.

This is where the most innovative and surprising Texas Hold'em tournament strategies have been seen, with absolutely masterful plays that have also been broadcast live. As a reputation and fame booster he is unrivalled, although he does have the handicap of often needing advice in the early stages to get you situated, so don't be afraid if, despite your level, you find you need poker tips to play Texas Hold'em on the WPT.

Its journey began in 2002, when TV producer Steve Lipscomb created the first ever televised poker tournament. Since then, thanks to the broadcasting of the games, it has grown in popularity to become what it is today: one of the best tournaments to play Texas Hold'em at a professional level.

High-level poker competitions can also be found in our lands. In Spain, the Circuit Nacional de Poker, known simply as CNP888, is one of the biggest and most famous circuits in the country. This circuit has been known for bringing the game to some of the best casinos in Spain, including the majestic Casino Gran Madrid or the Casino Mediterraneo.

Despite its short history, it's already enjoying huge popularity thanks to efforts to expand the country's live poker tournament offerings. And being able to watch the games is one of the best ways for anyone interested in participating in future Texas Hold'em tournaments to refine their strategies, so keep your eyes peeled.

If you want to know how to play in the CNP888 Texas Hold'em poker tournaments, we urge you to check out their official online channels for updates.

Tips for competing in a Texas Hold'em tournament

No matter how much you've prepared yourself and no matter how well the dynamics of a poker tournament have been explained to you, the truth is that there's a long way to go from theory to reality. That's why we're going to talk to you about some of the poker tips that work particularly well in Texas Hold'em tournaments and that you should always keep in mind so that these competitions don't overwhelm you.

The first thing we would tell you is to familiarize yourself with the type of poker being played in the tournament you've entered, but if you're reading this, we assume you're going for a Texas Hold'em competition exclusively, so that's one less problem.

An important issue is the types of tournaments that exist and that you know which specific type you are entering. There are freeze out, rebuy, shootout and satellite tournaments. Freeze outs are elimination tournaments, where each player can start with the same amount of chips to buy in (something that appeals to some players as it gives them more freedom in shaping their strategies in these Texas Hold'em tournaments).

Rebuy tournaments are rebuy tournaments, which allow players who lose all their chips to buy additional chips. The rebuy period is quite short and usually does not exceed two hours, and you can rejoin the game with the new stack.

Shootout tournaments are similar to elimination tournaments, except that in this case the tables are not balanced when players are eliminated. That is, as players fall, play continues until only one player remains.

As for satellite tournaments, they are nothing more than preliminary tournaments that act as a stepping stone to a higher-ranked tournament. They are ideal for warming up and getting used to professional competition if you are not sufficiently experienced.