Molly's Game: one of the best poker films 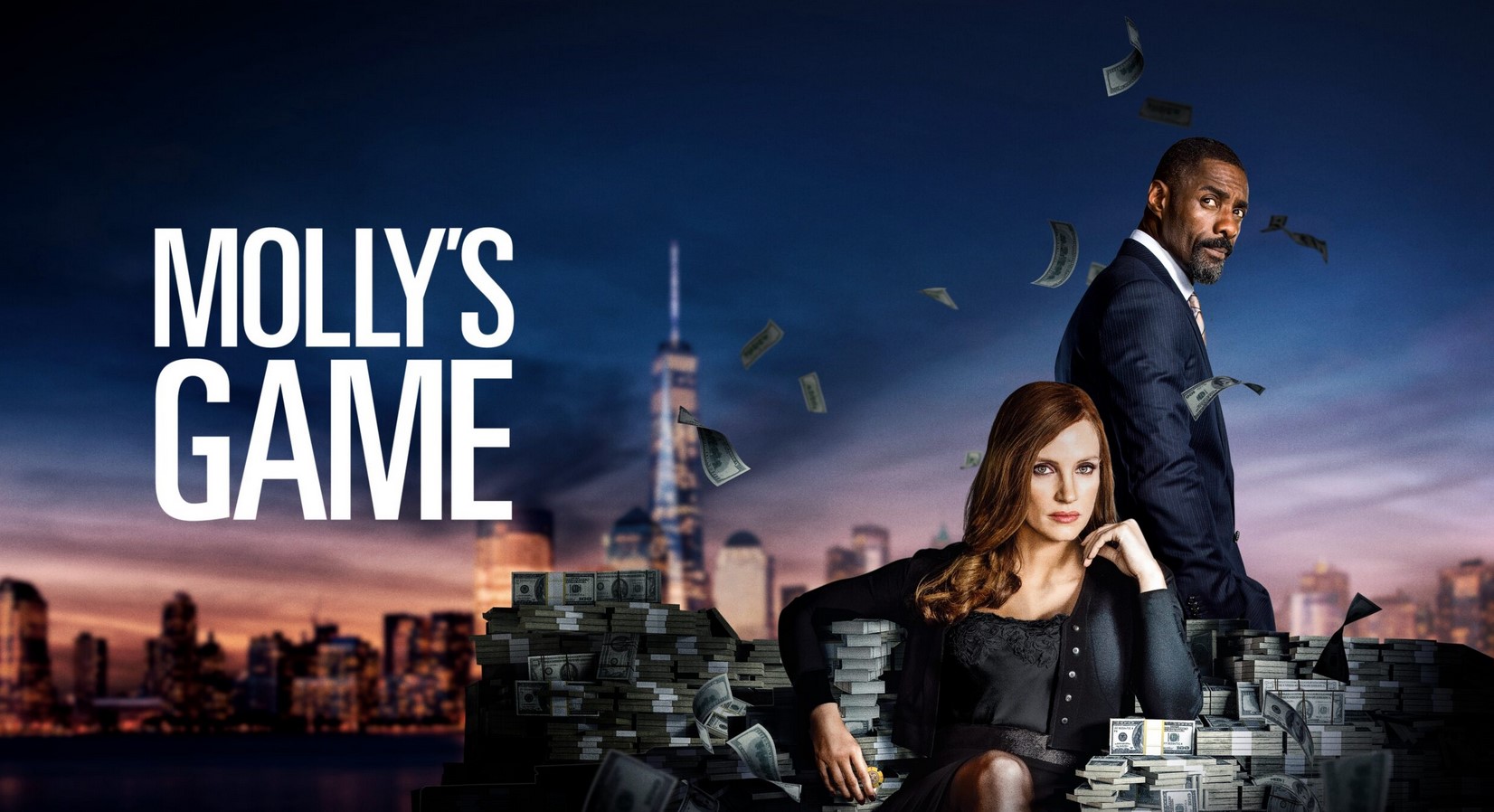 Molly's Game is one of those films that grabs the viewer from the very beginning. The frenetic pace of the film as the minutes tick by and Sorkin's ability to trap the viewer and transport him or her to the other side of the screen unleash the need to see this absorbing work that tells the gripping story of Molly Bloom. It is a film starring Jessica Chastain, one of the most seductive and portentous actresses in the Hollywood firmament, who dazzles with her natural, human dialogue and her masterful acting.

In this article we are going to tell you about the film Molly's Game, one of the most outstanding films in the world of poker. Read on to find out all about it.

Is Molly's Game a true story?

Molly's Game is a film directed by the prestigious screenwriter Aaron Sorkin and featuring a masterful performance by the Californian Jessica Chastain. This film tells the true story based on the life of Molly Bloom, a world-class skier who made a fortune of millions before the age of 21, becoming the third ranked skier in the United States, and how her life is turned upside down when she suffers an injury that prevents her from qualifying for the Olympic Games.

The plot, therefore, focuses on Molly Bloom's story and how she becomes the queen of illegal Hollywood celebrity gambling. Molly's Game (true story) is a film based on the life of the protagonist once she moved to Los Angeles where her business skills and intelligence led her to make millions of dollars running poker games before she was investigated by the FBI. The film of Molly's Game moves between the underground of illegal gambling and the counterposition of those who defend the trickle-down theory that only economic growth can eradicate poverty. Molly's Game reflects the life of the entrepreneur who takes her place in a purely male business. Excluded from the poker game, Molly Bloom finds a successful alternative of her own that makes her a millionaire.

Molly's Game (true story) is not based solely on the biography of the protagonist. Nor is it a sequel to The Wolf of Wall Street. It is a combination of the two, avoiding the classic, shadowy scenarios that reign in so many films with gambling as the main theme. In the Molly's Game film you will learn how the queen of gambling managed to win over $3,000 in tips per game and how in one year she made over $4 million in profits.

Molly's Game (2017) was a critically acclaimed film.  This film directed by Aaron Sorkin has also been perpetrated as one of the benchmark and best poker movies in the world. In addition to Molly's Game reviews, nominations and awards, this film features a masterful performance by one of the established stars in the world of Hollywood, Jessica Chastain, and a cast of other high calibre actors such as Kevin Costner, Idris Elba, Michael Cera and Chris O'Dowd. These are Molly's Game's awards, nominations and accolades:

Who is player X in Molly's Game?

This film is striking for many reasons, both for poker lovers and for film lovers in general. It is a biopic adapted from the life of Molly Bloom. It is a film of self-improvement and empowerment, but also a film that beautifully reflects the world of illegal gambling in Hollywood, accompanied by the glamour that adorns all the scenes and situations, but also with the bittersweet - rather bitter - feeling of the role of the FBI and the Italian mafia as triggers in the cake.

There are several aspects of this film that stand out. One of them is Sorkin's cameo as one of the underground poker players. But also the reunion in the cinema of the stars of Dances with Wolves (1990), Kevin Costner and Graham Green, this time accompanied by Hollywood glamour. Moreover, this is the film in which Aaron Sorkin made his directorial debut, after years and years of establishing himself as a prestigious screenwriter of works such as Steve Jobs, The Social Network, The West Wing of the White House and The Newsroom. But who is player X in Molly's Game? Throughout the 141 minutes of footage we meet a player whose identity is never revealed. It seems that this character, who also stands out for being a cruel gambler and the one who caused the most problems for the film's protagonist, could be the ex-Spiderman Tobey Maguire. Molly Bloom's underground gambling room was frequented by internationally renowned stars such as Leonardo DiCaprio, Matt Damon, Ben Affleck and Macaulay Culkin, as well as sportsmen such as Pete Sampras and Alex Rodriguez.

Undoubtedly, the film Molly's Game has become a reference in biographical cinema, in the world of scandals and for poker lovers. If you want to know more about this type of cinema and discover which are the most recommended poker movies, then we recommend you to visit this post about The 10 best poker movies in history, we are sure you will love them!