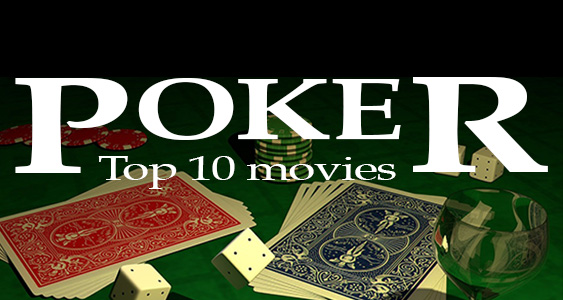 The Poker game not only conquers those who play it either online or live but it has conquered more than once the seventh art. As we announced a few months ago, this year we will be able to enjoy the nine series of poker theme Luckboxes , but if you don´t want to wait for this new series, today we present you the top 10 best poker movies.

Independent movie form Ireland, with more than a year of planning, its available in his website . It´s the story of a poker game in the underworld where players only have two options win or loose. 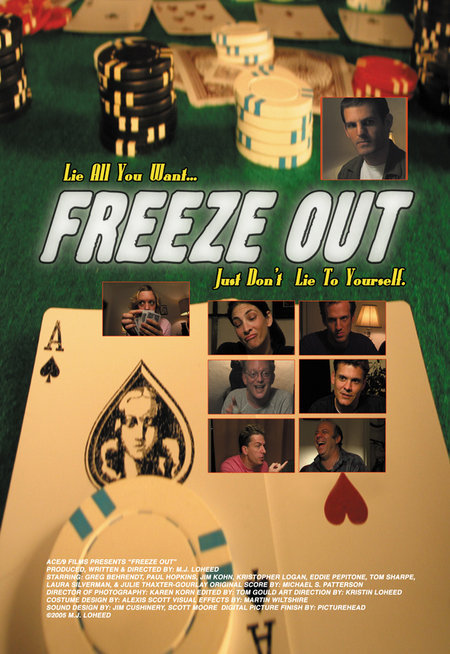 John is a man who plays weekly at poker with his friends as a religion, however is friends and their pranks don´t let him enjoy the game. So, he intends to plan his revenge in the next game of poker. This comedy won the Festival award at the Westwood International Film Festival in Los Angeles and it is perfect for having a good time and thinking about friendship.

This movie needs no presentation among amateurs and poker professionals. This well-known movie tells the coming-back of a poker player who decides to help a friend to pay off his debt. Matt Damon as Mike McDermont and Edward Norton as the friend with problems Lester Murphy, will have to play game after game to earn all the necessary money.In this movie you will be able to enjoy different poker types such as No Limit Holdem, Stud and Force Rotation poker.  If you have not yet enjoyed this movie this is the time to do it, as we continue to wait for its sequel Rounders 2.

Starring Steve McQueen (The kid), this film for old-films lovers was nominated to the Golden Globes . Based on the Richard Jessup´s novel, it portarys the story of a poker player during the great depression, whose goal is to replace Lacey Howard, the best poker player existing at the moment.

Written as a comedy, Maverick is a western that narrates the story of Bret Maverick (Mel Gibson)  , a poker player who wants to carry out the biggest scam in his life in a poker tournament, but before he achieves his aim, he needs money to register in the tournament. This film was nominated to the Oscar for the best Costume Design.With a comedy plot, this film is perfect to enjoy the western genre and above all the poker gaming.

All in, is a documentary film about poker in the United States, a game with a large history in this country. The film is focused on the increase of this game during the last decades as a way to chase the american dream. This film won the grand jury award in the CineVegas International Film Festival.

This american thriller produced by Leonardo Dicaprio  and starring Ben Affleck  and Justin Timberlake  relate the story of a student of the Princeton University  who will loose is tuition money in a rigged online poker game. He will travel to Costa Rica to face the owner of the website, seduced by his way of life, the student decide to become his partner without knowing that he will become at the same time enemy of the FBI.

Stuey is a biopic of the famous poker player Stu “the Kid” Ungar . The film won the best director award in the San Diego Film Festival  and the best film award in Nashville Film Festival . The film reviews the most important facts of the life of the player that marked the life of this legend of poker. Some several figures of the professional poker like Andy Glazer  or the World Poker Tour  commentator Vicent Van Patten  appear in the film.

This comedy with a cast of famous artists, is the story of the owner of a casino Jack Faro (Woody Harrelson ) that has to win the 10 million dollar prize that his casino reserves for the poker tournament "The Grand" if he want to avoid bankruptcy. This movie has some famous poker players appareances, so the poker player can´t miss it. In addition the final table was rolled without any type of script so the game is real as well as the reactions, therefore it was not known in advance who was going to win the game.

After all these films we are sure you can't wait to some deep runs at the tables. Don't forget that Habwin offers you some of the best deals and an exclusive double rakeback system. Do you know of any poker movies you would like to add to the ranking? Leave us your comments!