"The Merge" is already a reality 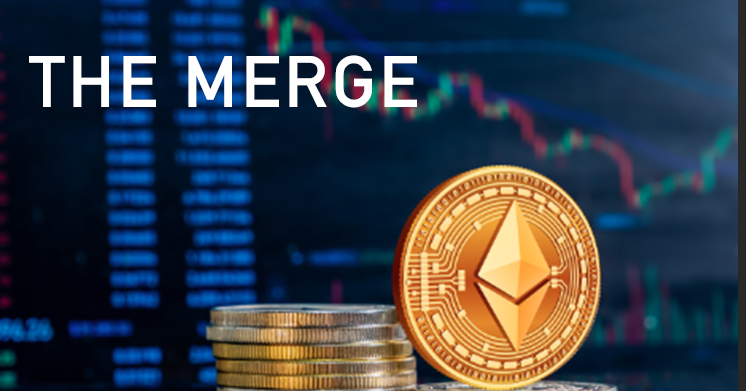 "THE MERGE" IS ALREADY A REALITY

You may have heard a lot about the term “The Merge” lately.

But do you know what he means? The Merge is one of the most notable events in the recent history of cryptocurrencies, specifically related to Ethereum, the second most important cryptocurrency in the market, and which will directly affect the prices of currencies such as Bitcoin.

It is a process by which the Proof of Work (PoW) transaction system will be changed to a Proof of Stake (PoS) so that Ethereum will start working as a 2.0 network, thus changing its entire technological structure.

Now computers and their GPU graphics will stop calculating complex algorithms to create blockchain chains and save money, which will reduce mining work and thus its high energy cost. Now in Cardano style, Ethereum will use the so-called Proof of Participation or POS, where miners must leave their farms and start investing in stake of their own cryptocurrencies to receive their dream interests.

One of the advantages in addition to the reduction of the energy cost could be the reduction of the large and expensive commissions generated by the operations in ETH; In fact, in a few days the changes have already been noticed, going from paying $5/6 in “gas fee” per transfer or purchase to $0.5.

In addition, with this new method, fraud or hacking could be avoided to a greater extent, transactions will be faster and it is expected that there will be a considerable increase in the network and its users.

Regarding Ether, although it has suffered various falls in recent times, these changes have led to a growth of the currency and with it its investors. It remains to be seen if this merger will place Ethereum as the main cryptocurrency in capitalization, surpassing Bitcoin, because although it has not achieved it at the moment, it is predicted that the total of the Ether available in the market could be worth more than those of Bitcoin in this moment.

How will these changes affect the world of poker?

The Merge raises new expectations in the Poker ecosystem. ETH 2.0 could enhance the use of this currency among poker players as it offers more possibilities for an easy and agile experience when managing transactions. Despite the fact that there were certain delays and some inconvenience in the wallets (wallets) that handle Ethereum, while the merger was taking place, it has already been verified that the time of the transactions has been reduced, as well as the costs in commissions thanks to the proof- of-stake system or proof of participation.

Unfortunately, a strong downward correction of almost all Cryptos has been observed, dragged by the fall of Bitcoin and caused by possible rate hikes by the Fed - The North American Federal Reserve on Bitcoin and American users.

Now Ethereum is a greener, more effective digital currency, with a better use/cost ratio, after being reborn as a new way of exchanging digital assets.

If this is a safe bet that brings us even closer to a possible generalized use of cryptocurrencies or to their massive adoption worldwide, or is it simply one more step in the direction towards the regularization of Cryptos in the hands of institutions? and governments, only time will tell.