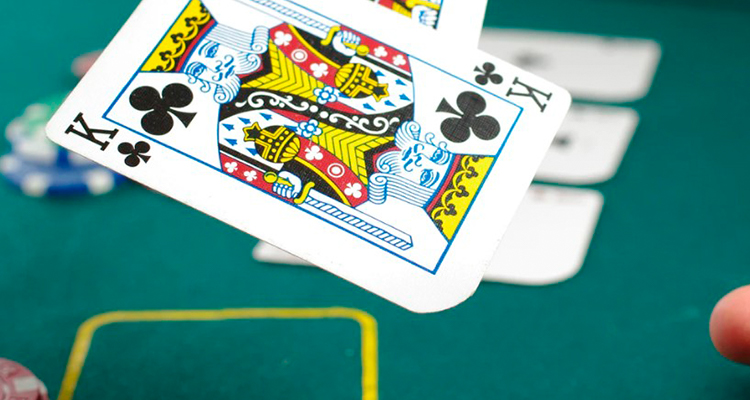 In poker, you need to have the best hand to win. To be victorious in the game, you must have one of these combinations. It is also important for you to know that those of a higher category beat those of a lower one. From highest to lowest, this is the order of the poker moves:

Royal flush: this is the best poker play and comprises the cards 10, J, Q, K and A of the same suit. A royal flush is an unbeatable hand.

Poker: four of a kind and a different card (kicker). The higher the value of these four cards, the more the hand is worth. If there is a tie, the hand with the highest card wins. In community card games where the players have the same poker, it is likely to happen and the fifth highest card would win.

Flush: this hand is five non-consecutive cards of the same suit. If there is a tie, the player with the highest card wins. If necessary, the second, third, fourth or fifth (progressively) highest card can break the tie. If all five cards have the same value, the pot must be split. The suit can never be used to break a tie.

Straight: five consecutive cards. Between two straights, the higher one wins. The ace can be used to form the top or bottom of the straight. The combination A-K-Q-J-10 is known as Ace high and is the highest. The 5-4-3-2-A, also called Five high, is the lowest.

Pair: two cards of the same value and three cards of different values. If there is a tie, the highest pair wins. If the players have the same pair, the highest different card wins. If necessary, the fourth and fifth cards can also break the tie.

High card: When no player manages to form any of these moves, the hand with the highest card wins. If there is a tie, the next highest card is used.

What moves can be made in each type of poker?

Depending on the poker game in which you decide to play, the victory will depend on the number of cards you can have to combine. Thus, you will not have the same options in classic poker as in three-card stud poker. Do you want to know what your options are?

In the traditional version, 5 cards are dealt to each player. They must see them and memorize their value, they cannot show them or indicate what they hold to other players.

With each round, the participants can discard the cards that are not useful and draw the same number from the deck to obtain the best possible combination. Those who are confident will raise their bet, trying to get the rest to fold. At the end, the one who has the best hand with his 5 cards wins.

Texas Hold'em is a very popular modality that has five stages: Preflop, Flop, Turn, River and Show Down. The participants receive only two cards and they reveal some of them according to the stage they are in and increase the bets. At each stage, cards are added face up on the table until there are five cards. Whoever has the best hand with his cards and three of the five community cards wins.

This game is similar to Texas Hold'em, but in this variant players have four cards instead of two. These are the only cards that players receive individually. The participants must have the best possible hand with two of their cards and three of the cards on the table.

In this game, each player receives three cards and must form a better combination than the dealer's, thus winning. Thus, you have fewer combinations: straight flush, three of a kind, straight, three cards of the same suit and a pair. If you don't make any of these, you lose.