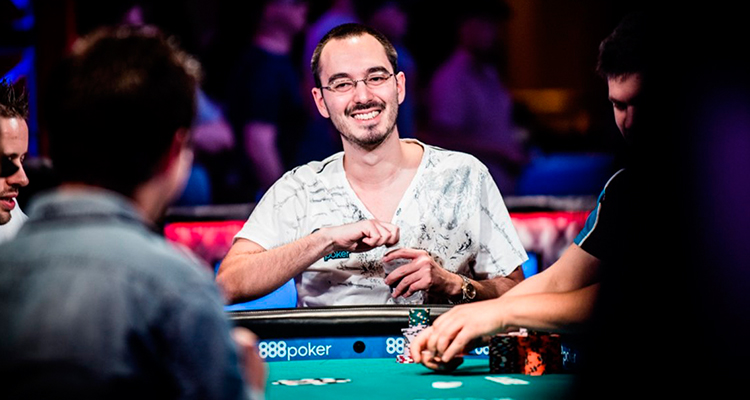 After the poker tournament director, Matt Savage included Will Kassouf as one of his 50 shooting Stars for the 21st edition of the World Poker Tour Bay 101, the polemic was served: all things considered, is Kassouf that good player to be included within the 50 poker stars group?

I think it's ridiculous that they make Kassouf a star at Bay101. Rewards a guy who gets attention by annoying players and for penalties?!

Matt Savage himself, argumented within several tweets that Kassouf had been selected based on his popularity and personality.

@pokerkat @msalsberg @WilliamKassouf he won't be bad @Bay101Casino, I promise you that? So who's more "qualified" based on 3 P's I laid out?

The truth is that William Kassouf has based big part of this fame on his controversial behaviour at the table more than in his results as a poker player. Checking, his professional results thoroughly, his live earnings are not really huge as a poker superstar and his only first prize was achieved during last European Poker Tour in Prague after a deal during the HU with Patrick Serda which made quite a stir.

The British poker player controversial behaviour on the table consists on talking repeatedly to his opponents so basically they are unable to concentrate. Kassouf claims that he tries to get information from his opponents by doing this but the fact is that most of them do not even answer him and when you come to think of it just decelerates the normal speed of the game significantly and the question about how ethical this behaviour is is raised.

Well-known professional players as Vanessa Selbst, Mat Moss, Vornicu, Stacy Matuson...amongst many others have been "psyched out" by Kassouf.

Below we can see the British player at European Poker Tour in Barcelona literally "on fire".

Last WSOP Main Event in Vegas, William Kassouf once more took center stage every time he could. British player Kassouf and Griffin Benger were involved in one of the most nerve-racking moment of the tournament, when Benger exploded and accused Kassouf of verbal abusing him.

Despite the river being for Benger, there is no way on Earth Kassouf not having the last word as you can see in the video. Tournament director Jack Effel had to take part during the tournament several times, to warn and remind him that poker should be fun for every one in the table.

After several warning and participations Effel finally gave him a penalty round because of his behaviour. It was during a hand against Stacy Matuson, where all the participants seemed clearly annoyed about Kassouf's chit-chat and "mind-game".

Although this is a debateable issue, Jack Effel maintained that he was breaking WSOP tournament laws by: excessive chatter (rule 48, pdf), disruptive behavior (rule 111, pdf) and taunting (rule 47, pdf).

Anyone who's watched the latest episodes of the World Series of Poker on ESPN has an opinion on William Kassouf. There is no doubt that his behaviour can be very annoying. On one hand, it is true that he might be acting within his rights, and he has many supporters who defend his game calling him "like a boss".

On the other side  most playeres who shared table with him, stressed how Kassouf's tactics and "speech game" just slow down the game extremely and sucked the joy out of the game.

All in all, we will be seeing next in World Poker Tour Bay 101 from 7th to 11th Marchso you can judge by yourselfs.