Learn to play poker in 6 steps: everything a newcomer needs to know 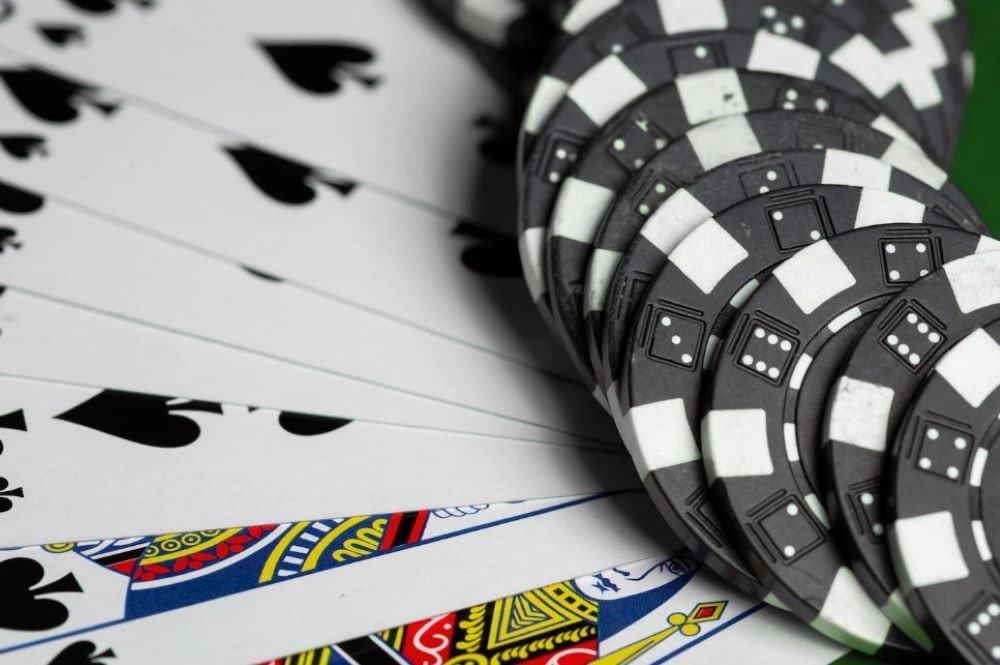 "It takes 5 minutes to learn to play poker, but a lifetime to master it". This legendary phrase of the legendary poker player Mike Sexton perfectly illustrates the process of learning the cards.

Perhaps that is part of its magic. It is very easy to learn the rules of poker and have a great time trying to make the best hand. At first, players talk about good or bad luck. But, after spending a few hours at the tables and being interested in the dynamics of the game and its peculiarities, the player realizes that poker is not just another game of chance.

That's why we propose in today's post the keys to learn poker in a simple and quick way.  Because not everything is about odds and outs, the calculation of probabilities or how to identify tells and fish.

If you want to manage on the green carpet without looking like a real fish, (because if you don't find them at the table, it could be you!) stay here. This article will interest you.

What does it take to start playing poker?

As in any other game, before you start playing, you will have to know the basic rules.

As we mentioned at the beginning, learning to play poker is very simple. You should know that there is not only the ubiquitous Texas Hold'em. Omaha, Open Face Chinese, Five Card Draw or 7 Card Stud are other equally practiced game modalities that have their own rules and peculiarities.

If you want to know how to learn to play poker, start your way with the classic variant par excellence: Texas Hold'em, the most widespread and well-known of all. Below, we explain its rules and the values of the hands to be able to defend yourself in your first games.

How to play Texas Hold'em poker?

Texas Hold'em Poker is played with an English deck of 52 cards. Texas Hold'em tables usually have a number of players ranging from 2 to 9.

The objective of the game is to get the best combination of each player's two hole cards and the five community cards on the table.

First of all: there is the Small Blind and the Big Blind (double the Small Blind), which are the mandatory bets that players must match in order to see cards on the table.

It is indicated by a round disk and the player with the dealer button has what is called the dealer's position and will be the last to receive cards when they are dealt. The player with the button has the advantage of being the last to act after the flop. The button will continue to move clockwise around the table after each round, giving each player the opportunity to have the advantage of the last action.

After the cards are dealt, the preflop betting round begins (before the first three community cards come out) and the first player to the left of the blinds has the first action. Players decide whether to call the blinds (the mandatory bets already on the table), call any possible raise by a player, or leave the game, discarding their cards (folding).

After this round of betting, the first three community cards are dealt: the FLOP. This first round is the key to the game.

After a new round of betting, in which the players have decided to check, raise or call, the fourth card, known as the turn, is revealed. The players talk again and, after the betting round is over, the river or fifth card is drawn.

After a final round of betting, the showdown occurs, or the moment of the game in which the players who have made it to the end reveal their hole cards to determine who has the best hand.

Now that you know how to play a game of Texas Hold'em, you need to be very clear about the value of the cards.

As for the hands, again from lowest to highest, you can get: 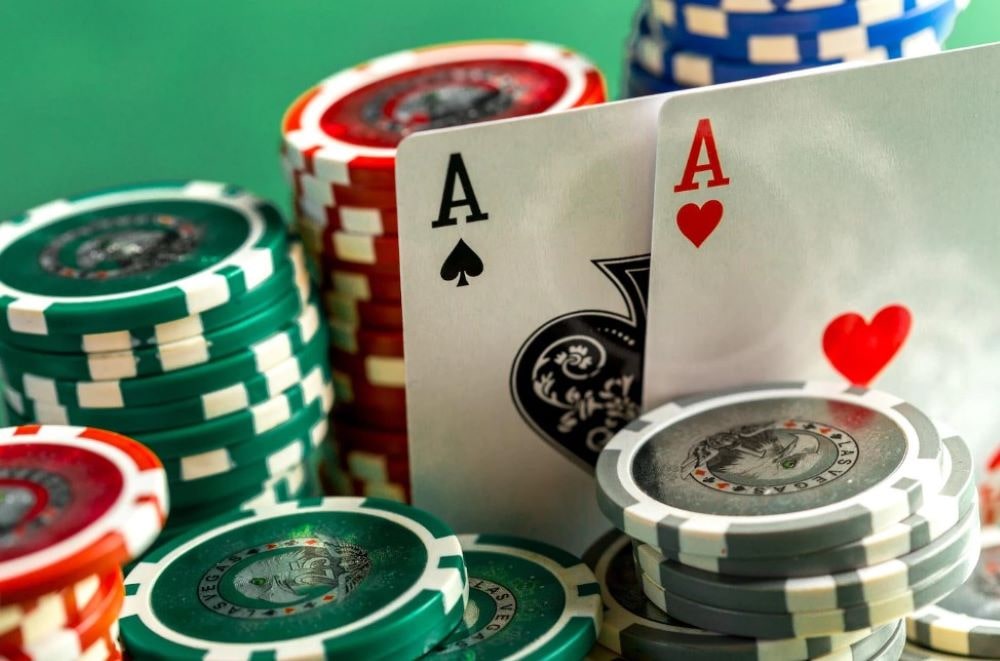 Now that you know the basic notions to play the poker modality par excellence, do not miss these guidelines on how to learn to play poker with total fluency.

Choose well the level and the poker modality

As we have already mentioned, there is not only Texas Hold'em. There are some variants that are more complicated than others and, also, with different betting structures. Opt for a simple modality and start at soft tables, that is, with recreational players.

Learn to manage your bankroll

In poker, it is not recommended to play every hand. Especially when you are a beginner. Selecting the hands you play will help you, not only to observe how your opponents play, but also to manage your bankroll, that is, the amount of money you have available. 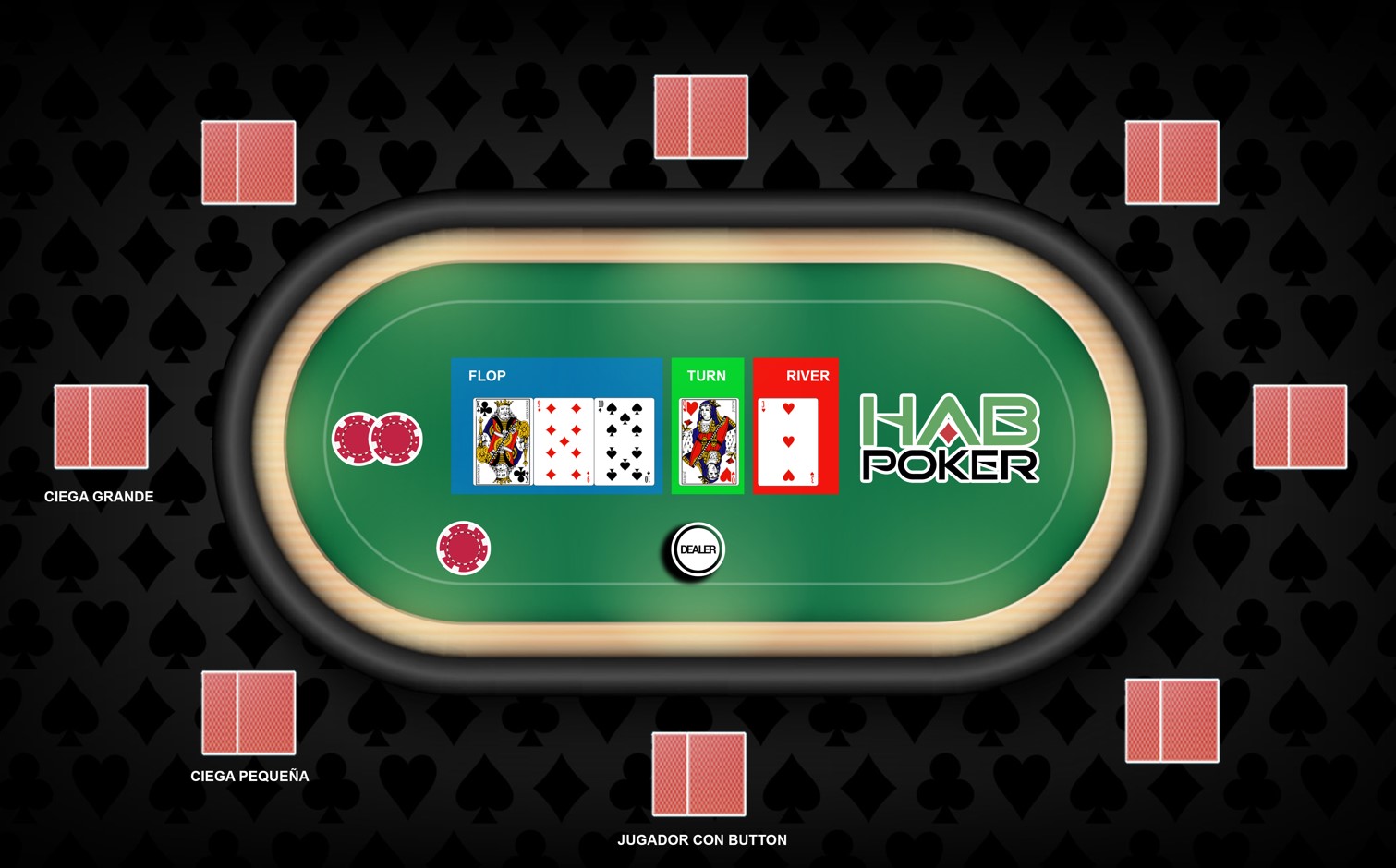 Although to master this aspect, you will need a good number of games, it is advisable that, from the beginning, you are clear that the position you occupy at the table is crucial in a poker game.

As we have already told you, there is a button that indicates which is the last position to talk and bet at the table. Learn to play the positions: it will never be the same to speak first or last at the table, even more so the more players there are at the table.

Generally speaking, the farther you are from the dealer, the more information you will have about the hands of your opponents, so your bets will be more accurate than if you are the small blind, because no one will have spoken before you.

Start bluffing. But with common sense.

Bluffing is an art. But it is not recommended to abuse this strategy. Start bluffing, but choose very well the moment of the game and who is going to be your victim.

This thought should guide your poker games. At times, you will think you have a clearly winning hand. However, either you have overestimated it or the river has given the victory to your opponent. In any case, do not fall into the dreaded tilt and accept the outcome of the game.

Get to know your opponents

Familiarize yourself with the different types of players at a poker table and adapt your game to your opponents. There is nothing more disconcerting to a poker player than believing he is facing a fish when in fact he is facing a real TAG (tight aggressive). Information is power. Also in poker.