How many cards are in a poker deck 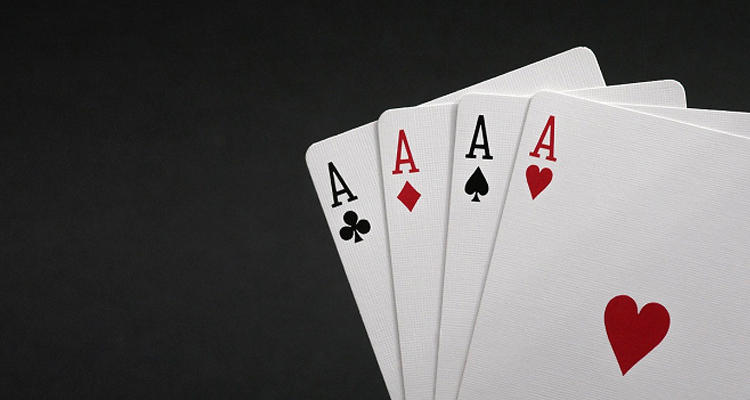 When we want to refer to a poker deck, many people simply think of a set of cards that are used to play a particular game, such as poker. However, this is only the tip of the iceberg, since poker decks, unlike the rest that we can find in the market or buy in any specialized store, can expect a lot of enjoyment and exciting games, but also a lot of money. If we speak in a colloquial way, for those who are not players, we could summarize this article by saying the exact number of cards that make up a poker deck, however, if you have come to this place, surely you will want to know everything about them, since they are used for poker games, but also to do magic or for other types of board games.

Introduction and history of poker cards

In order to have a complete poker deck in your hands, you must have a total of 52 cards. These cards are always rectangular when used officially or professionally, however, with the new fashions, you can find them in many possible shapes, from circular to square. However, in spite of the new fashions, the most classic or conventional will be the rectangular ones.

It is known that the first cards or playing cards appeared in ancient China, around the XII century, although when they were exported to Europe they had much more importance and it was when they obtained greater recognition, becoming an amusement that was within reach of any person, both for kings and people of the nobility, as well as for those who did not enjoy a too high class, although in these cases it was not so common since they could not afford the expense of one of these decks.

If we study the etymology of the word "deck", we could get to its origins, which refer to the confrontation or fight, being for many poker and other board games, games in which strategy is encouraged and that were created for that purpose, to speed up thinking, to have more concentration and thus be able to win in a battle that could be performed in real life. This reminds us that, in the game of poker or in any other, there are players who win and others who lose, there being a confrontation in which the cards can be an ally or an enemy depending on how we use them in our hand.

Number of cards in a poker deck

As we mentioned at the beginning of the previous block, the number of cards that you will have is a total of 52 cards, having to have a rectangular shape in its professional format, although there are many players who also prefer this way in their conventional games because of the ease of use.

Each deck will have groupings or categories called suits. In total we will have four different suits, differentiated in that we will have two of these suits of red color, in particular the diamonds and hearts, while on the other side we will have the spades and clubs that will be black symbols. If you had in your hand all the cards of the same suit found in a poker deck, you would have a total of 13 cards. On the one hand, there will be the cards that receive a numerical value and that will go from 2 to 10, therefore it will be the bulk of the suit, with a total of 9 cards. On the other hand, the most important cards, or better said, the ones with the highest value will be the Ace, which for many could be considered as the 1 in numerical value, but in poker it has the highest value of all. On the other hand, there will be the three figures, called Jack (J), which represents a servant of royalty, the Q that comes to denominate the Queen and finally the King (K).

Are there other types of decks?

Although when we see a deck of cards with the suits of diamonds, hearts, spades and clubs we think directly that it is a model for playing poker, it is worth remembering that its origins were prior to this card game, being aware that this modality, since there are other very similar models, comes from England.

In fact, for many experts the original denomination should be the English deck of cards, however, in a colloquial way it is used with the nickname of poker since it is mainly used for this purpose.

The scholars of board and card games say that the English deck comes directly from the one that emerged in France, having a number of variations, such as, for example, the details of the French deck are greater, being able to see much more the quality of the designs of the characters. On the other hand, the French deck retains the number 1, adding the Ace as another top card.

On the other hand, we also have another of the great known, which is the Spanish deck. The Spanish deck of cards has as a characteristic some similarities with those previously mentioned, however, the Ace does not exist, being numbered as a 1, although if you wanted you could use it as such in case you do not have other cards to play poker.

In the case of the Spanish deck, we would have the Jack, which would be the servant who walks, the Horse that represents a person of the nobility who is mounted on this animal and, finally, the King. The suits in this case will change completely, since we will have neither hearts, nor diamonds, nor clubs or spades, but the symbols will be Gold, Cup, Club, Club, Sword.

Special mention should be made of a card that sometimes appears in certain decks of cards and can be called by many different names. In professional poker games, it is usually omitted, as well as in other types of elite games, however, the "Joker", the "Mona", or simply the joker is one of the cards that, if you have it in your hand, will act as any card in the deck.