What are the rules of Stud Poker? 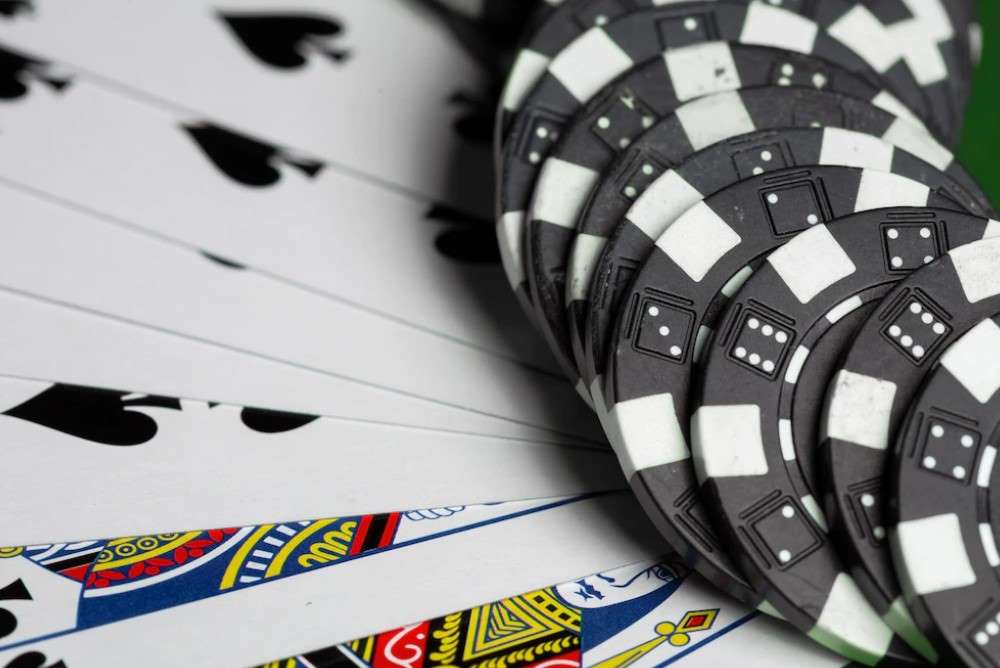 If you are a poker lover or fan, it goes without saying that we are facing one of the richest card games in terms of variety and modalities that we can find. If we had to point out the variant of poker par excellence, we are undoubtedly talking about Texas Hold'em, but has it always been like that? The truth is that it hasn't.

Today's post is dedicated to discover what was the most practiced poker modality until the arrival of Texas Hold'em: Stud Poker. One of the big differences between one variant and the other is that, in Stud Poker, players will keep part of the cards of their hand always uncovered, so it is included in what is known as open poker.

Stud Poker is a modality of this card game completely different from what any poker player is used to. For example, we do not find community cards, as we find in Texas and Omaha, but each player receives several cards with which they have to make the best possible combination of a total of 5.

Within Stud Poker there is a wide range of modalities: Caribbean stud poker; Mississippi Stud Poker, Mexican Stud, 7 Card Stud Poker ... The most practiced is the latter, in which, players receive 7 cards of which 3 will be covered and 4 uncovered.

Below, we tell you how to play stud poker and which are the rules to manage the game of one of the most important modalities of the card game par excellence.

How to play Stud Poker 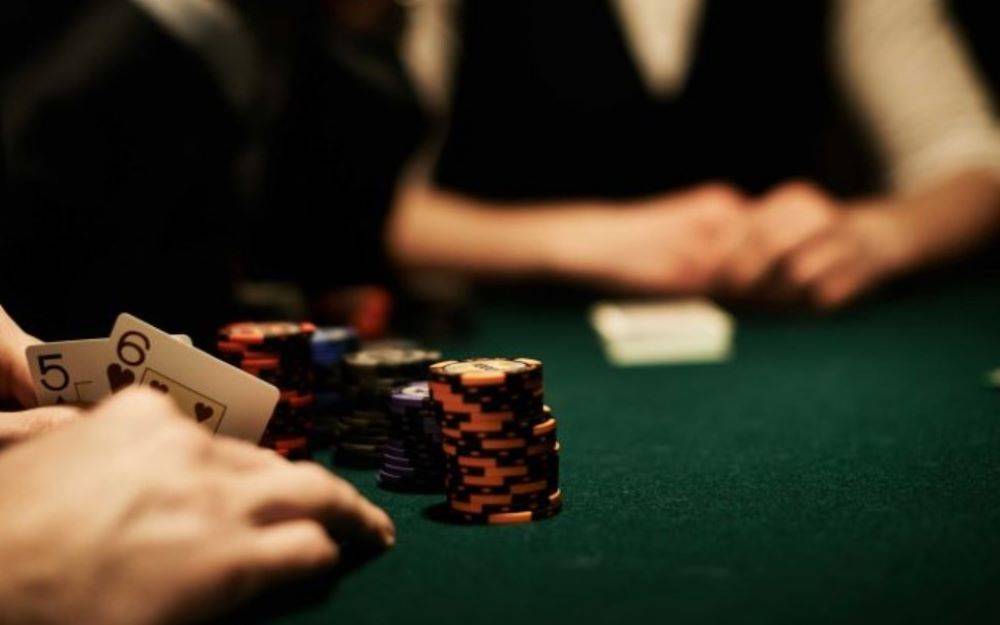 Stud Poker is not, in itself, complex to play, but it is somewhat more complicated to master than other more popular modalities such as Texas Holdem or Omaha. We tell you, step by step, how the game is played.

Next, the round known as "third street" begins, in which 3 cards are dealt to each player, two of them covered and one uncovered. The player who has the lowest uncovered card is the one who starts the betting.

This bet, known as "bring-in", will correspond to half the value of a small bet, that is to say, in a table where the ante is 2€, the "bring-in" will be 1€. From this point on, the bets start to develop to the left.

In the second round of the game, known as "fourth street", the players receive another face-up card. In this case, the player with the best exposed hand formed with these two cards will start talking. This player may bet or check.

At this point of the betting, if a player has a pair in his hole cards, he can make a big bet which, following the example we have given, could be 2€. If no player has a pair, the bet will remain small.

Once the bets are even, a fifth card is dealt and the "fifth street" begins. Here again, the player who shows the highest value cards speaks again. From this round on, the value of the bets and the raises will correspond to the value of the big bet.

We continue to the sixth street, round in which the players receive a new face card. Now, the player with the best hand so far will bet.

After this, the seventh card opens the seventh street or river corresponds to the last card of the hand, this time covered. Thus, we are left with a total of 7 cards, 3 covered, whose value is known only to the player himself, and 4 uncovered. 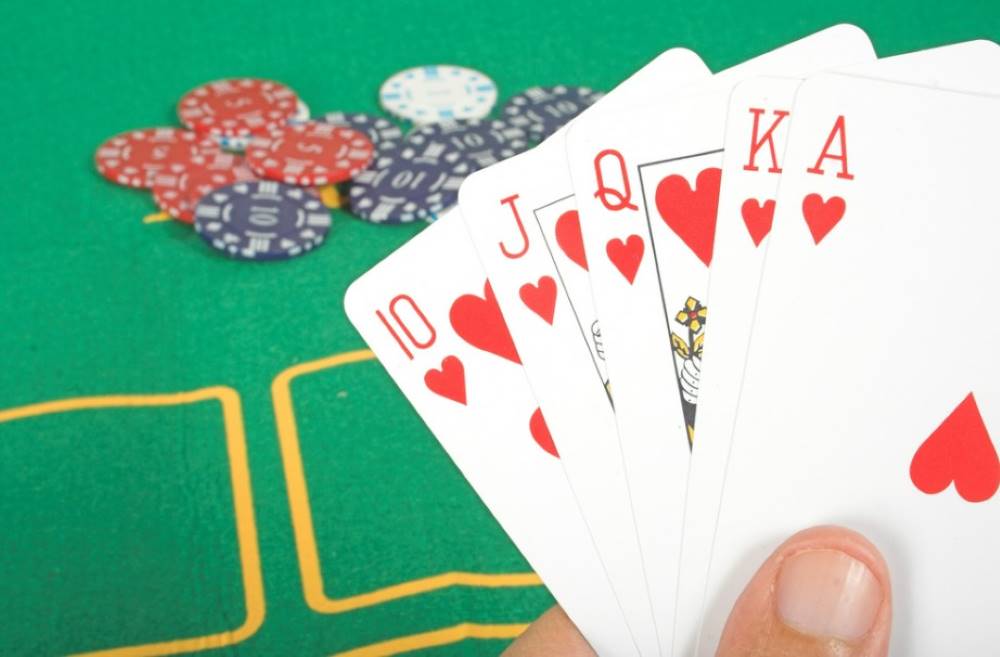 Once we have understood how to play this modality, it is important that we are clear about some rules regarding betting and game turns.

Deal of cards in Stud Poker

First of all, as we have seen, not all the cards are dealt at the same time, but they are dealt throughout the betting turns or streets.

Another aspect concerning the dealing of cards is that, if in the final round, there are more than two players at the table, they will all receive their last card face down.

A player, whose last card is face up, has the option to declare all-in, as long as he does so before the betting round starts. In case there are only two players left and the first player's final card is dealt face up, the second player's card will be dealt in the same way.

We must also remember that, in Stud, there are no community cards. Players can only play with the cards they are dealt.

A maximum of 6 players can play in the Stud.

In the final betting round, if there are several players left, the last player to bet or raise must show his cards first. In this final round, the hands will be revealed clockwise.

As we know, in Stud, there are no blinds but a mandatory ante bet.

The first round of betting starts with the ante, initiated by the lowest hole card. In the following rounds, the highest hand on the table begins to speak. In case of a tie, the player who received the cards first speaks. In other words, the position breaks the tie.

Stud Poker is played with a betting limit during the first four rounds. The bets are doubled from the fifth street onwards. This fixed betting limit determines that if a pair appears on fourth street, i.e. with the second card uncovered, any of the players can bet at the higher or lower value.

If a player is not present at the table when it is his turn, he loses the ante. If he does not return in time to speak, he loses his hand when the bets reach his place.

Now that you know how to play this game, what are you waiting for to try it?