Where was poker born? 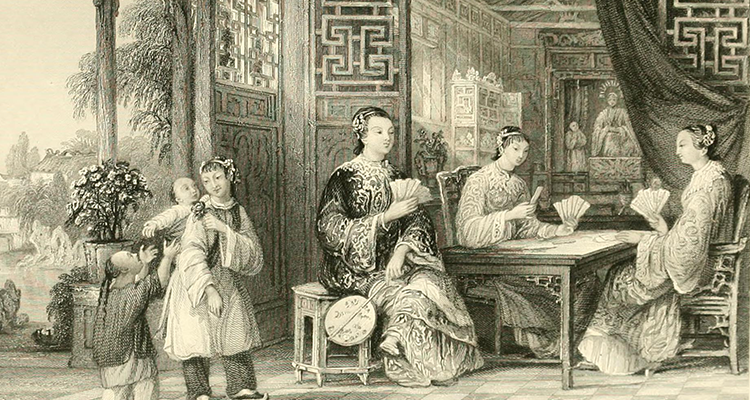 Where was poker born?

There are various theories about the Poker's birthing, and although today Texas Poker Hold'em is the best known poker variety in these times, it was not always the case as poker went through several historical stages that would mark its development.

Its origin goes back to ancient Asia, although there is a debate about its concrete origin; there are those who claim that it was born in China in 969 AD; and also who say that it born in Persia as a direct product of the As Nas, a game consisting of 25 cards of which 5 are distributed to each player.

In spite of the different opinions about its origin the certain thing is that the poker arrived at Europe, concretely to France, Spain, Germany and Italy, where the oldest card decks have been found. In fact, it is also said to derive from other games such as "The first" that came from "Il Frusso" in the fifteenth century Italian, or the "Primero" of the Spanish deck; also "Poque" in France and "Pochspiel" in Germany (where the concept of "go bluffing" has already been used). Due to the excess of theories, the most probable thing is that poker is derived from the convergence of all these games due to the commercial route that connected Europe with the Far East.

But not only its origin is diffuse, the theories are also diversified regarding the origin of the current deck of cards, a product apparently of several influences. On the one hand, it is said that the Spanish card deck inspired the emergence of spades, clubs, hearts and diamonds; It is also claimed that there is a clear influence of the French tarot, a great point of reference for symbols at that time. As a curiosity, it is noteworthy that the French deck illustrated great kings or emperors like Charlemagne and Julius Caesar, but after the French revolution in the nineteenth century they were represented by characters like Rousseau or even the mythical D'Artagnan, Ahtos, Aramis and Porthos. It is also relevant to observe the deck used by the Hakka dynasty of Asia known as the "Six Tigers" deck.

What we can assure with certainty is that the English deck has been to this day, the most used in the world, due to the war that England maintained with France and Germany, in which any foreign imports including playing cards were forbiden. This fact led to the appearance of a deck of English playing cards more minimalist and simple, although inspired by its predecessors, and that would expand throughout the United States during long voyages across the Mississippi. Other sources indicate that it was the French on their arrival in New Orleans that led to the emergence of American poker, later adapting their deck to English in comercial exchanges across the river.

In any case, it was in 1834 when the deck of Poker was extended to 52 cards, appearing even new figures as the joker, and later its use became widespread during the US Civil War, leading to different variants such as Straight, Stud, Draw and the most popular in those days, the Five Card Draw or the five cards by discard.

Later on, the Caribbean Stud Poker would also be popular after World War II, but it would be the Texas Hold'em in Robstown and Dallas, which would be expanded in the up coming years, favored by the continued expansion of Casinos in Las Vegas and the intervention of Benny Binion, the creator in the 70s of the World Series of Poker. It was Binion who introduced this variant of poker around the world, becoming the modality of the best-known game in our days. That's why, in the 21st century, texas hold'em has the largest online gambling offer, without forgetting the Omaha variant, which was most used in Europe but it is becoming more common in the United States.

It is clear that the possibiliy of betting and the lucky random make the Poker an attractive game, but what makes it unique is that it needs a quick strategy, decision making and above all the potential and skills of its players. Poker is simply a very complete game and this is what made it survive from the ancient East to this day.