Flop in PLO poker part II: about blockers and multi-drafting 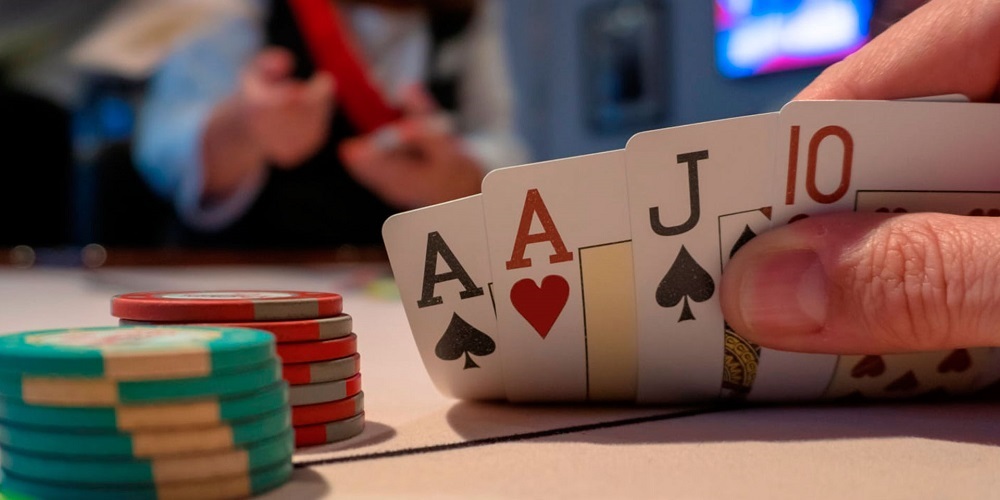 In the first part we already saw how some essential aspects of Omaha poker changed drastically compared to Texas Hold'em. The dynamics are different, the way in which the strategy is drawn on the flop also differs from what you know from Texas Hold'em, and the way to get a winning hand has nothing to do in one modality and another.

If in the first chapter we focused on transversal aspects applicable to Omaha poker, in this second part we are going to talk about two key aspects in the flop of a game of this game modality: the blockers or blockers, and the multiple projects.

What are blockers in Omaha? 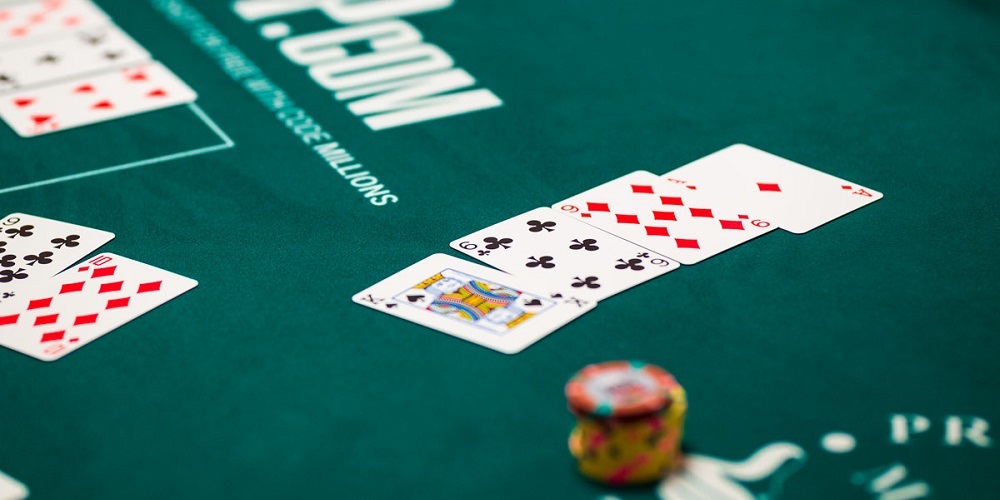 Let's start with blockers. In Omaha poker, we understand by "blocker card" that which is capable of limiting the possible combinations of hands in a certain range. It is that card that you have in your possession and that is one of the outs, one of the cards that would help your opponent to materialize his project.

For example, if among our cards we have an ace, it reduces the possibility that our opponents have strong aces. Although these blockers or blocking cards also exist in Texas Hold'em, they are usually transcendental in Omaha games.

As we saw in the first part of how to play the flop in Omaha poker, the number of starting hands is so high and the action takes place at such a high pace, that all players at some point will have the strongest hand, so detecting blocking cards is important in the games of this type of poker.

This type of cards is important to have them under control, since in Omaha poker it is very common that a strong hand becomes worthless from one moment to the next. Having a limiting card can prevent your opponent from making a hand more powerful than yours, although it can also happen the other way around, keep this in mind.

In addition, blockers are a good way to get an equity in a disguised way, allowing you to increase your chances of winning and lowering your opponent's chances of winning. Keep in mind that the more blocking cards you have, the more your pot odds will increase.

Keep another thing in mind: your opponent doesn't know what blocking cards you have; if he has several, he may mistakenly think he has the winning hand, so you can use this to your advantage to make him think he has it made and give him the chop after having made him raise round after round. If you use this factor to your advantage on the flop in Omaha poker, you're halfway there.

Let's look at two scenarios comparing the role of a play with a blocking card and one without.

Example of a hand without a blocking card

Hand 1 has no blockers. In any case, K♦  would act as a blocker, since K♥  would help to make the flush of hand 2 come true, but then hand 1 would take the pot with a Full House. Even taking into account this small blocker, hand 2 would still have 18 outs. Despite having a worse hand, it would be more likely to take the hand.

Example of a hand with a blocker card

Here, hand 1 has blockers for both straight and flush. Therefore, his equity increases to 5 points, the same points that hand 2 loses.

How to play a multidraw in Omaha poker 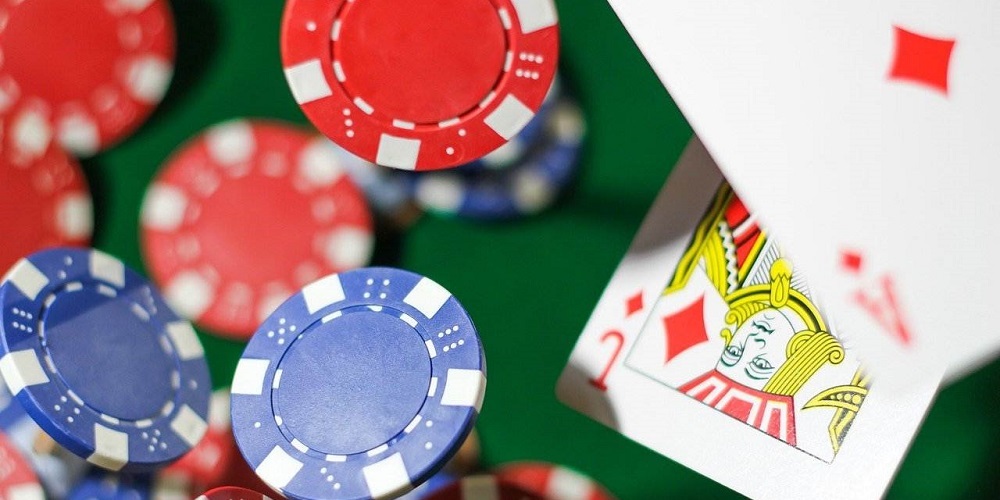 Multiple draws are a good way to diversify strategies and attack the pot from different perspectives. This is one of the characteristics of Omaha poker, that there is a great probability that the cards favor a multiple draw and you can tie a good hand in several ways.

Why are draws so important in Omaha poker? Because, contrary to what usually happens in Hold'em, in this modality the draws are often stronger than the hands. A strong Omaha player is a specialist in playing good draws, and almost always tends to create multiple draws with which to go two or more hands.

Keep in mind that playing only hands will not do you any good in Omaha poker. It is in your best interest to play the draws. For example, double pairs are not going to do you much good, especially if they don't have a blocker. On the other hand, if you use those cards to open several draws, your game will change and you will be in a stronger position for the following rounds. 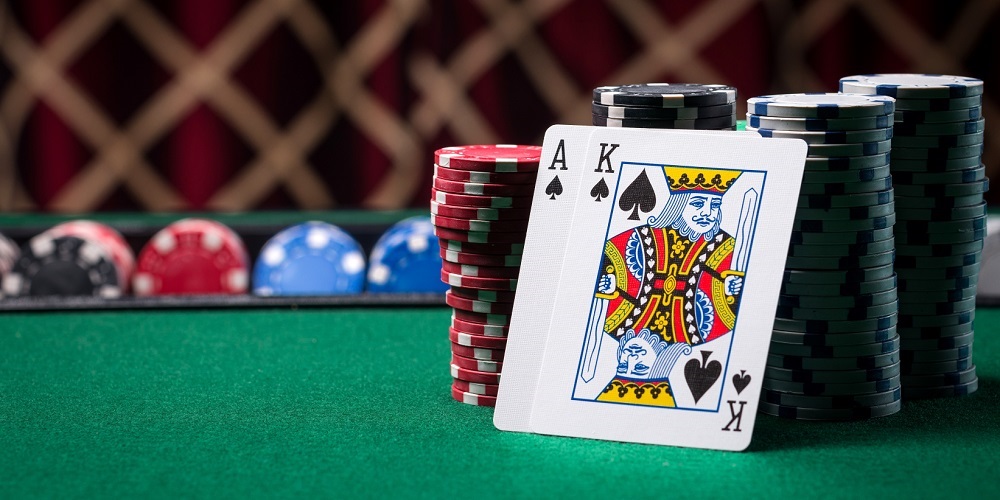 When playing an Omaha poker game, you're not just going to have to be aware of blockers or your multiple draws. Aspects such as lower limits are crucial to managing your bankroll properly, as well as setting up stop losses to avoid tilt, which is more prevalent in Pot Limit Omaha.

Tilt is very common in PLO, and is the biggest threat. The variance is very high, so it is very easy to experience ups and downs. Being a game more of projects than hands, those coming from Texas Hold'em will find the dynamics of PLO more complex, mainly because PLO is a postflop game.

If you have A♣ A♦ in Texas Hold'em you will most likely be the favorite until the river to take the hand, but if you have A♣ A♦  on the flop in PLO, your hand will be devalued as the rounds go by, because your opponents will be more likely to open multiple projects and get double pairs with which they try to tie projects that leave your pair of aces in diapers. A player who does not assume that will fall into tilt very soon.

Concepts such as equity, position and freerolling take on special significance in Pot Limit Omaha. If you want to train yourself in Omaha poker, we advise you to start by handling the essential concepts of poker and to understand their meaning in Omaha in order to play well.