All about the 4 aces in the deck of poker 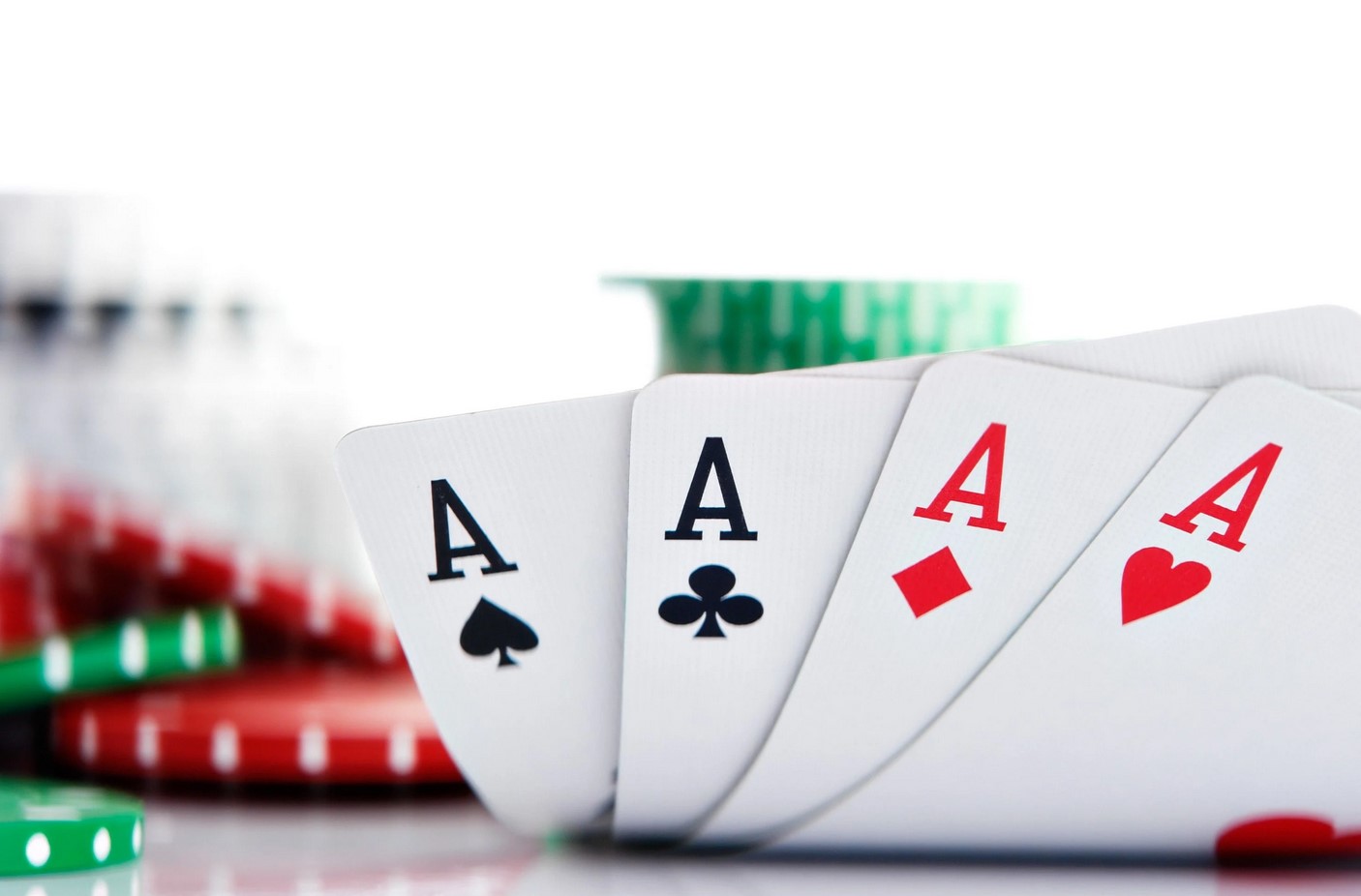 When we talk about poker aces, rockets or American Airlines - as this combination of cards is also known in the most popular card game - we are referring to one of the most valued hands in the different forms of poker, such as Texas Hold'em.

Poker aces give you an advantage over the vast majority of hands, having an equity far superior to that of the rest of the players, as well as a high probability of winning. Getting the dealer to deal you poker aces is rare. Normally, the odds of being dealt a pair of aces are 1 in 221, which is why it's such a powerful and highly valued hand in the game.

Here's everything you need to know about poker aces. We answer what is aces poker, what is the meaning of poker aces and what beats aces poker, among others. Keep reading this article for more information.

What is aces poker

When we talk about what is aces poker we refer to the combination of 4 poker aces in our hand. That is, the sum of the ace of hearts, diamonds, spades and clubs. This is a poker hand - which is made up of four of a kind, in the case of games such as Texas Hold'em - but with four aces. In other words, the highest poker combination that exists, in this case. Below it would be the combinations of the poker hand:

And so on in the order of the deck until you get to 2 + 2 + 2 + 2 + 2 + 2. But not only that, ace poker is a hand that also beats full house, flush, straight, three of a kind, a double pair, a pair and, of course, a high card.  Now, although Aces poker is the most famous and the most powerful of all poker combinations, it is not the highest card in this popular card game. Below, we explain what beats an aces poker, but first we look at what the stats and winning odds of aces poker are.

Let's take a Texas Hold'em game as a reference to explain the odds of winning with a pair of aces and a full house of aces (three of the same cards plus two more repeated cards, i.e. 3 aces and a pair). In the first case, the pair of aces, we must bear in mind that the combination AA (known as American Airlines) from preflop already gives the player 80/20 odds. This means that for every 5 all in preflop that you go against any other pair, you have a chance of winning 4. In addition, in the AcAd vs At8c duels you will have a 92.94% chance of winning and a 1.41% chance of drawing, while in the AcAd vs AtTt duels the chances of winning the pair of aces will be 86.05% and the draw will be 1.22%. Now, we are talking about duels, but we have to take into account that the odds can decrease depending on the number of players. Our odds will decrease as more players pay all-in.

In the case of a full house of aces, the player can be confident that his hand will be the winning hand. However, there are some things to consider, because although the odds of losing are low, they are still there. The best combination in a full house will always be AAA + KK.

What beats an aces poker

While it is true that it is very difficult to beat an aces poker, there are some specific combinations that can prevail against the precious AAAA. We are referring to the mythical Royal Flush and the acclaimed Straight Flush. If there is something that every poker player should know, it is that the Royal Flush is the highest hand that exists in this game -although it has rarely been seen- and the fact is that the combination in increasing order 10 + J + Q + K + A of the same colour has -only- 1 in 649,740 chances of being formed in any given hand.

However, it is not necessary to go to extremes. We must also bear in mind that there is a second combination that surpasses ace poker. This is the Straight Flush, as we said. This combination will always be superior to the aces poker -or to a hand of aces poker-, including its smallest combination of 3 + 4 + 5 + 6 + 7. However, for the straight to be valid, it must be consecutive -take into account that straights are measured according to the highest card, or the highest edge-. The probability of a straight flush appearing in poker is 0.01%, according to statistics, so it is also rarely seen.

Meaning of the 4 poker aces

When talking about the meaning of the 4 aces of poker, it is essential that we mention their interpretation, but also their homogeneity in the Spanish deck of cards. In this way we will be able to know which colour corresponds to each suit and play a game in the same way, but with a different deck of cards. These are:

-          Ace of hearts: When we talk about the meaning of the poker aces, the first one we have to mention is the ace of hearts. This is obviously associated with love, happiness and celebrations, although in the beginning it represented the ecclesiastical establishment. Its counterpart in the Spanish deck is the Ace of Cups.

-          Ace of spades: Possibly the best known card in the deck and the most representative of the gambling world. The representation of the Ace of Spades corresponds to the tip of a spear and, in the past, it meant luck. Its counterpart in the Spanish deck is the Ace of Spades.

-          Ace of clubs: Continuing with the meaning of the aces of poker, we now turn to the ace of clubs. This card represents success in matters of chance. In ancient times this card was associated with peasants. Its counterpart in the Spanish deck is the Ace of clubs.

-          Ace of Diamonds: The last ace in the deck. It is related to luxury, ostentation and the wealth of the bourgeoisie. Its counterpart in the Spanish deck is the Ace of Gold.

The meaning of the four aces in poker has become an emblem of good luck for poker lovers. Many players - and non-players - have chosen to have the poker aces tattooed on their skin.