Seven Card Stud Hi/Lo: everything you need to know 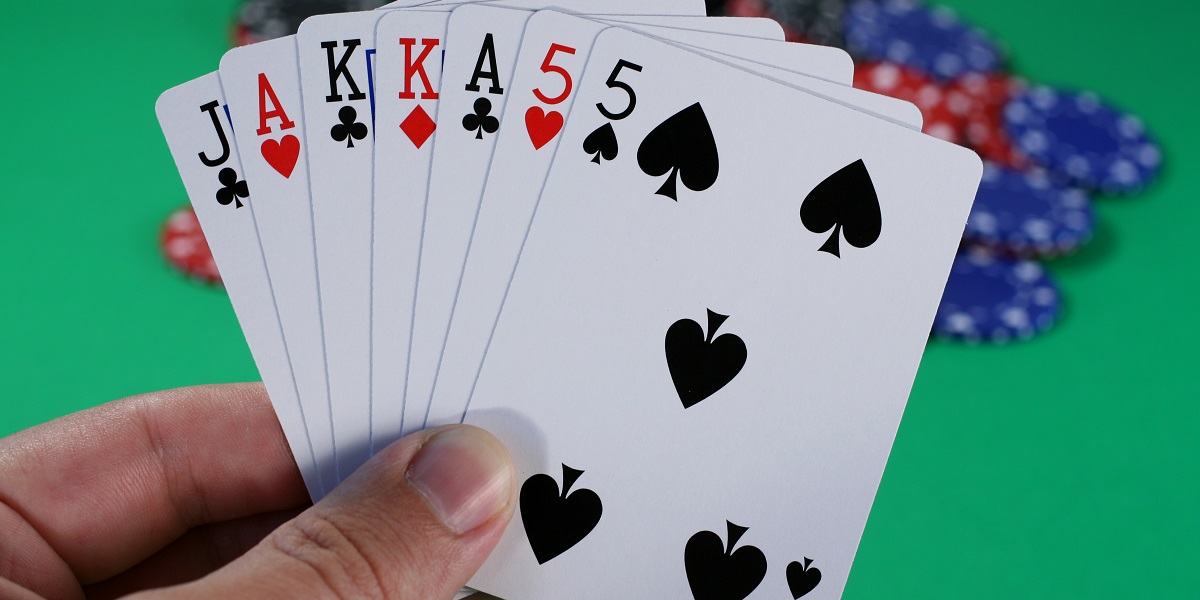 The premise of Seven Card Stud Hi/Lo is very simple: the player with the best traditional high hand and the best low hand from ace to five split the pot in the showdown. It is a game that can be played by a maximum of 7 people per table and whose rules are quite different from the most played poker games. Let's go through all the basics to learn more about 7 Card Stud Hi/Lo. Ready?

How a game of 7 Card Stud Hi/Lo plays out

Before getting into the subject, it is convenient to be clear about the rules of Seven Stud Poker in order to understand what exactly is the dynamics of this modality. Before a game of 7 Stud begins, each player has to put in a nominal amount. Depending on the game, this amount may vary, and it is always shown in the window where the table title appears.

Then, each player is dealt three cards in a phase of the game commonly known as "third street": two of them face down and one face up. The player who has the lowest face-down card in this phase of the 7 Stud game is the bring-in, who is obliged to act first. Then, the players must make another nominal bet or make a full bet on the minimum raise, if they prefer. Play continues clockwise until the end of the betting round.

The game of Seven Card Stud Hi/Lo continues with the dealing of another exposed card, also called "fourth street". Now, the first player to act will be the player who has the best poker hand visible on his exposed cards.

Now, the player who has the best hand can check or bet. Note that at this point, unlike in a 7 Card Stud game of poker, in a 7 Card Stud Hi/Lo game it is not allowed to double bet if a player gets a pair on fourth street, with all bets being made in smaller increments.

The next phase of a 7 Card Stud Hi/Lo poker game is the so-called "fifth street". In this phase, again the players receive another exposed card and the betting round starts after the first to move, which again is the player who has the best hand formed with the three exposed cards. This moment of the game is crucial because, from now on, all raises are made in large increments in this 7 Card Stud form of poker.

Before reaching the final stages of the Seven Card Stud Hi/Lo round, two more betting rounds will be made after the cards have been dealt again on sixth and seventh street (this is also known as river). At the end of the seventh betting round comes the showdown, when the two remaining players go head-to-head.

At the end of the last betting round, if there is more than one player in action, the one who bet last or the one who raised last is the one who must show his cards. In case there are no bets in the last round, a quite common case in the Hi/Lo modality of the 7 Stud, the player who occupies the first seat will show his cards first. The other hands participating in the final phase will show their cards successively until the turns are closed.

The pot is shared equally between the two players who have the highest five-card hand and the one who manages to form the best low hand. The outcome of a 7 Card Stud poker game ends with a 50% split of the pot for both players. However, in the event that neither hand meets the requirements for low, the best hand for high will win the pot.

In a game of Seven Card Stud Hi/Lo, the value of 8 or higher is a requirement to win for the low hand. This means that a player must have a hand of five different cards, made up of all cards less than or equal to an 8. If no one meets this requirement, there will be no low hand in the game. And if it is the case that two or more players have the same high or low hand, the pot halves will be split evenly.

In Seven Stud Poker, as in other modalities of this game, the available actions are bet, check, don't go, raise or call. This range of possibilities is available depending on the action executed by the player immediately preceding. In case of being the first to play, the options are reduced to two: bet or check.

Another important issue: to determine who should bring-in when two or more players have an exposed card of identical value, the differentiating element will always be the suit. The suits are ranked as follows in ascending order: clubs, diamonds, hearts and spades.

The lowest suit is always the tie breaker, although this rule is suspended in the ranking of hands during the showdown.