Chess and poker: how to play choker, the game of the moment 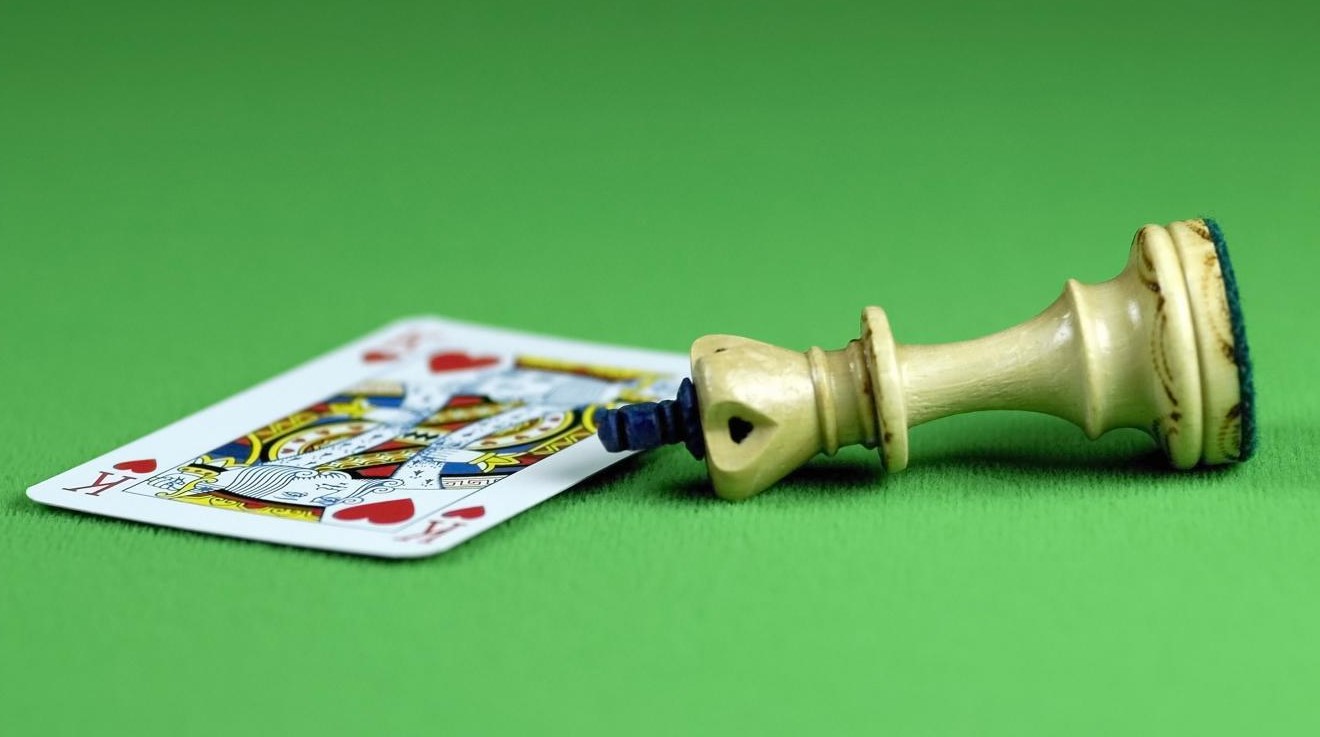 Many professional poker players also have experience in the world of chess. Choker is a game in which two of the most recognized and popular games of skill, poker and chess, merge. This totally free game was created at the end of 2019, since then it has more and more followers. In this article we want to explain what is choker - the result of the combination of chess and poker -, how it is played and what different modalities we can find. Read on to learn more about this game of chess mixed with poker!

As mentioned in the introduction, choker is a game that combines poker and chess. This game was invented in November 2019 by the CEO of Queenside Games, Andrew Finan. This CEO was the organizer of the World Chess Championship at the Word Trade Center in New York in the year 1995, in which Gary Kasparov and Vishy Anand participated. The essence of the game blends the skill of chess, which is mastered by chess masters, with the luck and strategy of poker. Choker combines poker and chess by destabilizing the pure strategy of chess by incorporating the luck factor that is part of poker. In this way, by having good luck in dealing the cards it is possible to beat chess players with a much higher ELO and compete head to head against each other.

When we talk about poker vs chess we find a very dynamic and entertaining game resulting from the combination of both, the choker. Now, choker is a game that has several modalities or types, with very similar variants, each one more fun. The modes of choker are as follows:

You should bear in mind that, as with other chess and poker games, in choker you will have the possibility of buying chips to be able to play at higher betting levels.

How to play choker? What you need to know to start playing chess mixed with poker

Playing choker is easier than it sounds. This combination of poker vs chess offers the possibility of two players playing against each other, black and white - as in chess or Texas Hold'em poker in heads up mode. In choker there are a total of 3 distinct phases. These are: the betting phase, the placing phase and the chess phase. The player must be able to demonstrate his or her skills in each of these phases in order to win the accumulated pot or split the pot between the two players in the event of a draw (or a tie in chess). These are the different phases:

In this phase there are a total of 3 betting rounds. Each player is dealt a total of 2 initial cards - as in Texas Hold'em - out of a total of 44. These cards represent each of the chess pieces, i.e. the 16 pawns, 8 knights, 8 rooks, 8 pins and 4 queens. The rounds are divided as follows:

It should be made clear that, unlike Texas Hold'em and Omaha Poker, there are no community cards in choker. However, the betting arrangements are identical. That is, you can choose to play No-Limit, Pot-Limit and Limit. Another key thing to bear in mind when playing choker that varies between the original versions of chess and poker is the downgrades or promotions. These occur depending on how the cards are dealt. For example, receiving a third pawn in your hand will automatically promote it to a rook and the fourth or fifth to a queen. Don't worry about demotions and promotions, they are done automatically by the program.

The second phase of this chess game mixed with poker is the placement phase. In this case, the aim is to place 5 chess pieces on the board. These 5 pieces correspond to the 5 cards that have been obtained during betting - of course, once the automatic promotions and downgrades have been carried out, if any. In addition to the 5 pieces that must be placed on the board, there are 2 more, corresponding to the king and a pawn, which are already placed on the board by default.

When placing the pieces, the white player will have a preference. He will have to place one of the 5 pieces in the place he prefers on the board -within the limits-. Note that the pawns can be placed between the 2nd and 4th rows, while the rest of the pieces go on the first two rows only. Then it is the turn of the black player and so on until all 5 cards have been placed on the board. In this case, it is a matter of luck to have one or the other figures, but also the luck of the more than 82 billion initial possibilities to place them.

This is the last of the phases of this highly entertaining game of poker and chess. This phase is identical to a game of chess - or, practically, to the end of a game. It is therefore played with the same rules and the same time - i.e. the aim is to checkmate. Moreover, pawns can be promoted if they reach the 8th rank. However, if the situation arises in which there is a case of stalemate or a win by time without material, this would result in a draw.