Be the King of the Road with Pokerstars Grand Tour 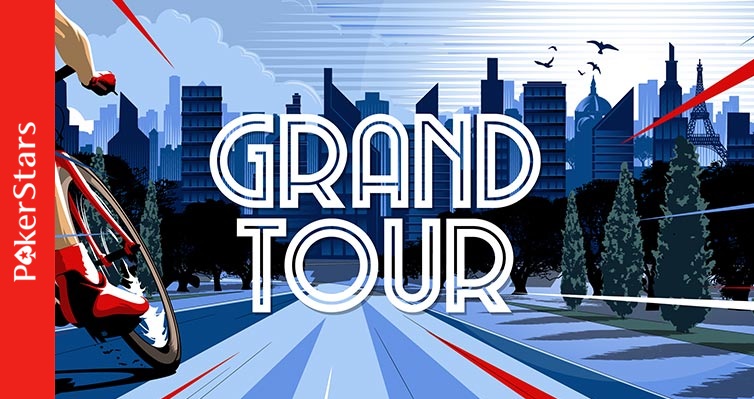 Become The King of the Road

Earn rewards worth more than 100,000,000 chips for eliminating other players.

PokerStars Grand Tour is a progressive KO tournament divided into several stages, or sprints, with a finish line that has a reward. Choose your starting point until you reach the finish line.

Each sprint is a Hyper Turbo Sit & Go tournament, where four players with similar values ​​on the record compete and try to eliminate each other to determine a winner.

The value of your own reward increases by a certain percentage of your opponent's value, bringing you closer to the finish line.

You take a part of your opponent's reward value right away. This value will be multiplied, giving you a chance to win an even bigger prize. The multiplier is based on the probability tables shown below.

If you win a sprint, you retain the value of your reward and you can continue your journey to the goal by playing another sprint without having to buy again, in this case starting closer to the finish line.

You can play the next sprint whenever you want: immediately or later.

At the beginning of each sprint, the average bounty value among the four players defines:

-The percentage of each player's value that will go to progressive parts.
- The percentage used to define the amount that is given to players immediately.
- The probability of each prize multiplier when elimination occurs.

If the bounty average of the sprint is below or equal to 10,800 chips:

If the bounty average of the sprint is above 10,801 chips:

What are you waiting for? Play this exciting KO tournament.